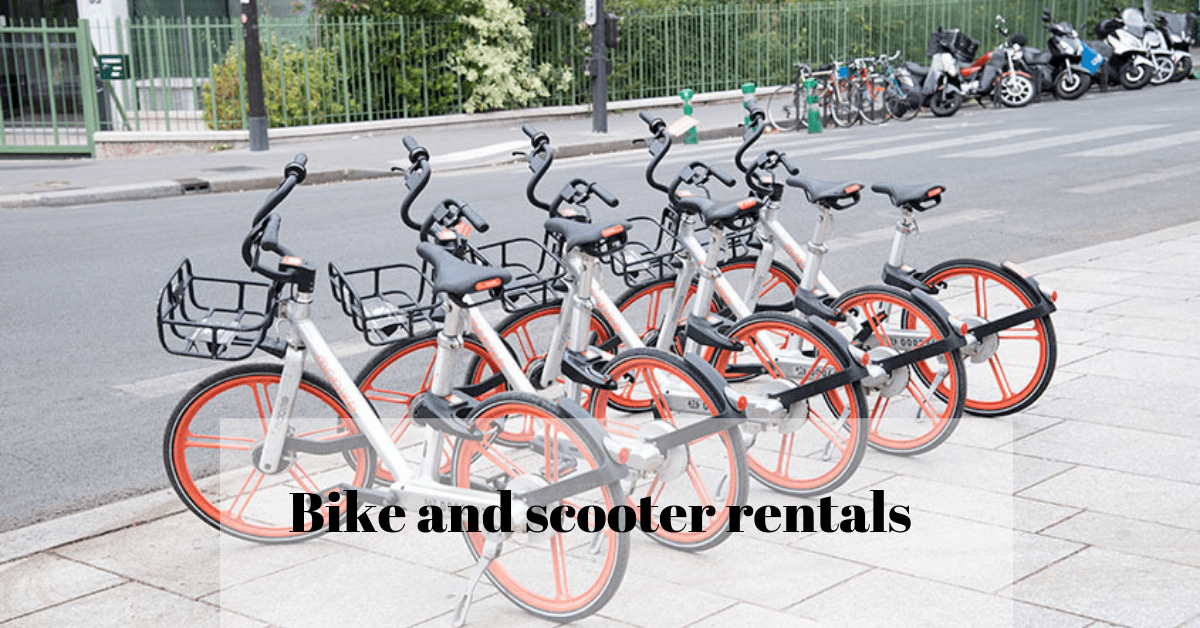 Despite the cliché image of a baguette poking out of a scarf and beret wearing Parisian’s bike basket, the French capital is not known for being particularly bike friendly. But things are beginning to change. Large strides were made when the city first introduced the Ve’lib bike share system in 2007. The launch of the bike sharing system coincided with an increasing amount of bike paths and lanes across Paris in order to encourage locals to get to school and work on two wheels. An increased investment in making France more bike friendly has been adopted on a national level, with government initiatives that aim to increase the amount of bike commuters in the country from 3% to 9% by 2024.

The logistics and risks of bike ownership in Paris – from the limited space for bike storage to the high rate of bike theft- make the idea of buying a bike in the city understandably unappealing. That’s why sharing systems for bikes- and other two and four wheeled forms of transportation- are a brilliant option for Parisians looking to get around town.

Following a rough patch encountered in the beginning of last year during the “upgrade” of the Ve’lib system, which left only 64 of the city’s 1,460 docking stations operational, the city wide bike rental service is once again operational as well as new and improved. Once you’ve signed up for your Ve’lib pass (ranging from 1-7 days, or a monthly subscription) you’re free to use any of the blue or green bikes docked in stations across the city. Choose your bike carefully- the traditional green Ve’lib is a standard three speed bike whereas the blue bikes are fully electric and capable of getting you pedaling at 25 km an hour. Ve’lib docking points and the models and number of bikes available can be found on the official Ve’lib website and app. 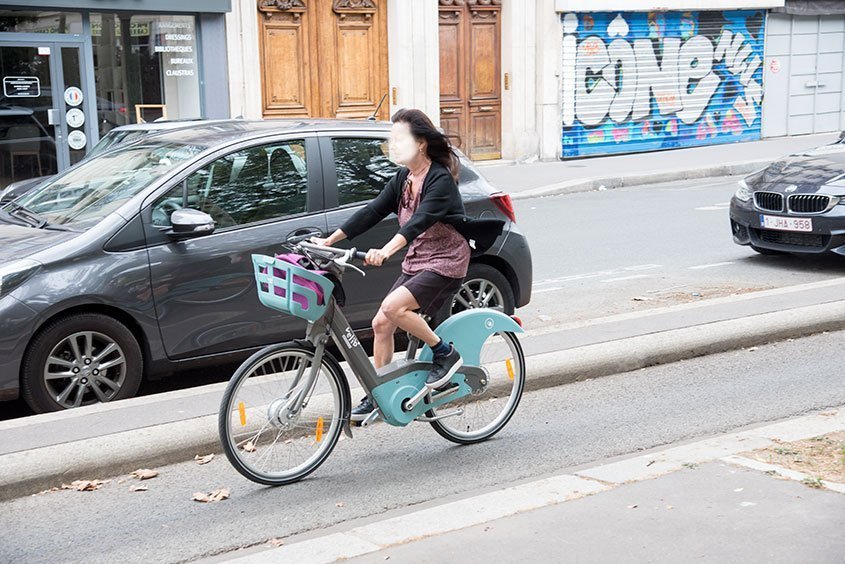 In addition to Ve’lib, Paris also offers some dockless bike share options- meaning you can pick up and drop off your bike wherever and whenever you want. Although rumors are circulating that its days may be numbered, the unmistakeable, bright orange Mobike offers the freedom of using its bikes in participating cities around the world- always with the same convenience of dockless rental and subscription that applies on a global level. 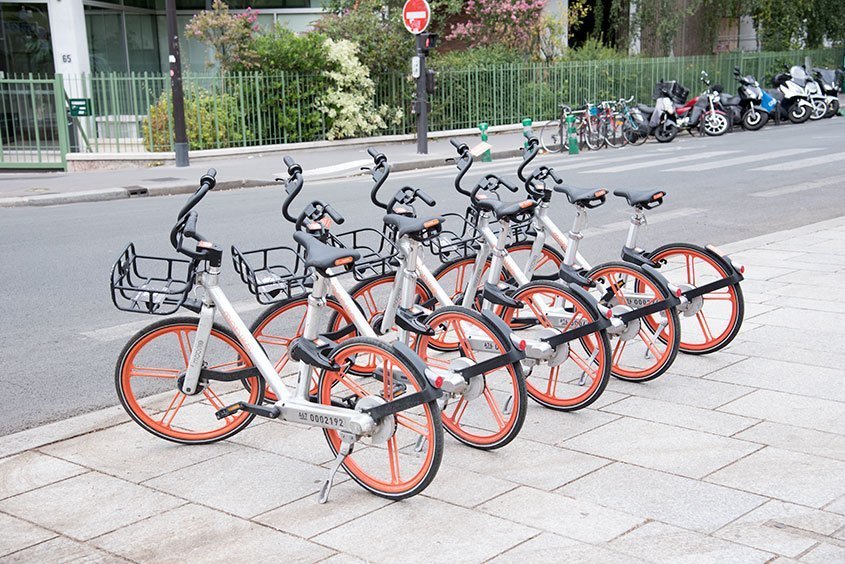 Similar to Mobike, Copenhagen based Donkey Bike is an app based rental program that gives you access to free floating bikes across Paris and offers discounted prices based on how much biking you do. While Donkey Bike operates on a dockless system, their bikes still have designated areas, or “hubs”, where they can be dropped off or picked up in order to avoid having bikes abandoned in the far reaches of the city. 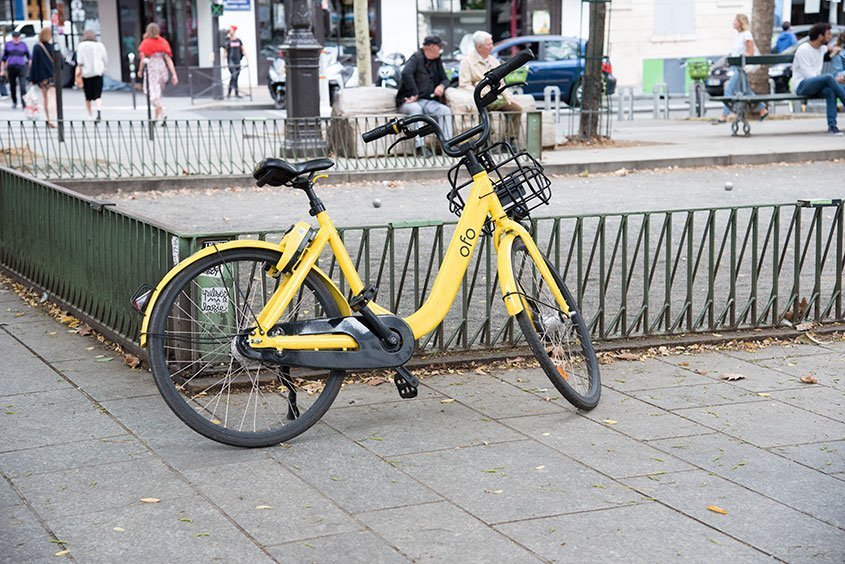 Another new comer to the Paris bike share scene will be Lime (formerly Jump), the sporty red city bike brought to you by Uber. A fleet of electric Jump bikes were deployed in early April, the question now is if they’ll be up to speed with the city’s existing options.

In addition to bikes, Jump also offers a Segway scooter option for a stand up way to get you where you’re going. Uber isn’t the only share program offering a scooter. Lime provides short term rental of electric scooters that can be found by using their app and Bird offers a sleekly designed electric scooter for darting around the city. 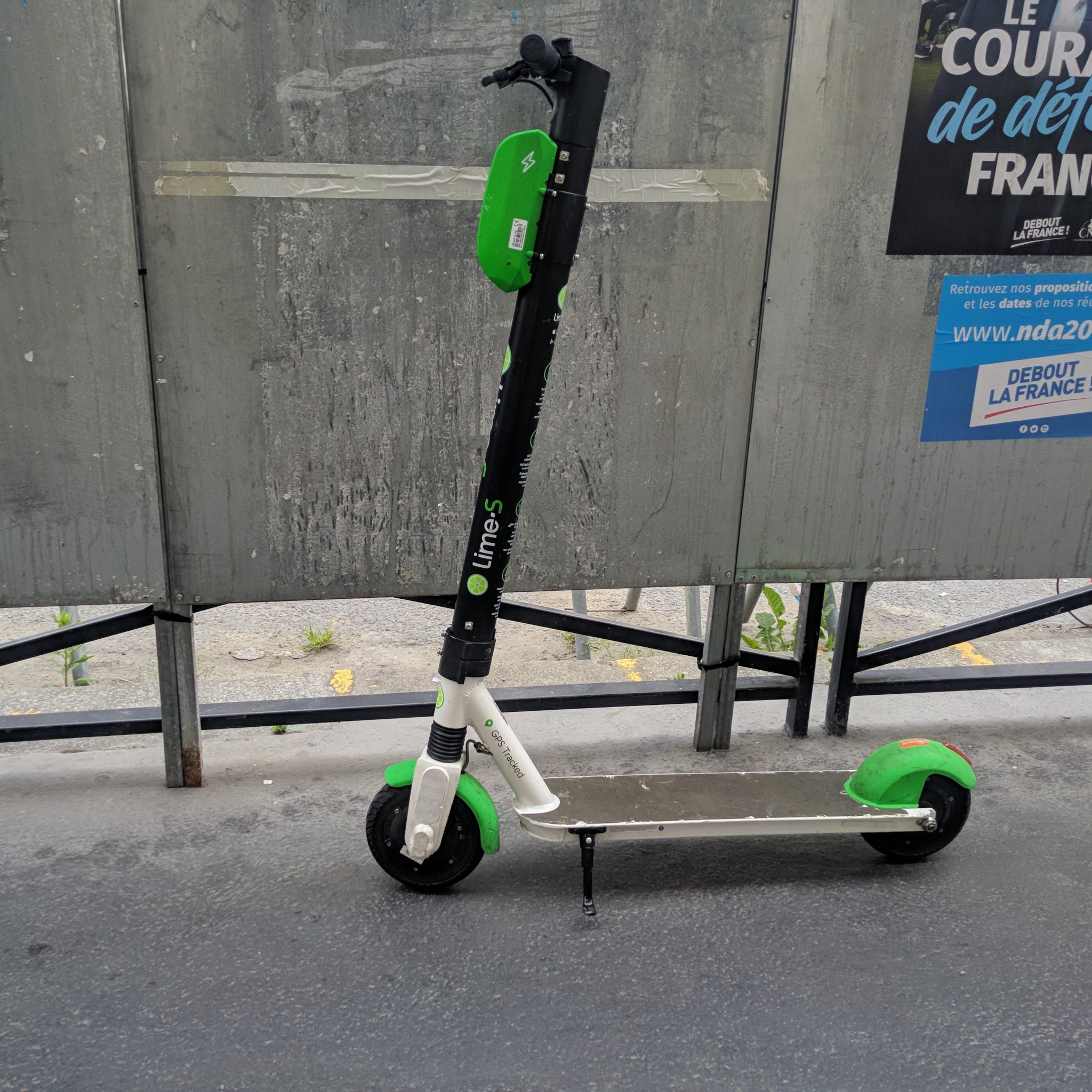 If you don’t want to mess with apps or the hassle of docking your bike at a stand or a hub, you may want to consider a more traditional approach and rent a bike for the day. In spite of the increasing bike share options in Paris, rental agencies specializing in bikes and related services continue to thrive in the city. Offering tailored to you services and support, rental companies are often an ideal option for those looking to get the most out of their Paris biking experience. Le Peloton Café is a coffee shop crossed with a bike rental agency, where you’ll find great coffee and a selection of rental bikes to take out for a spin. Paris Bike Company offers bike rentals for all terrains and itineraries as well as the services of bike mechanics to make sure your vélo is in top shape. If you’re looking to bike the city but prefer to have a guide, Fat Tire Tours has you covered. The selection of tours featuring Paris and its surrounding attractions (including Versailles and Monet’s Garden) are a great way to see the city and discover the charms of French cycling.

So now that you have become savy on the ins and outs of bike and scooter rentals in Paris, maybe you are feeling brave enough to hop on that bike and head out on a Paris picnic. With all the new scooter and bike only parking in many Paris streets, you can now even park your vehicule right in front of Cook’n With Class Paris, ready to get your hands dirty in one of the French cooking classes offered in Paris.
Pin this Post! 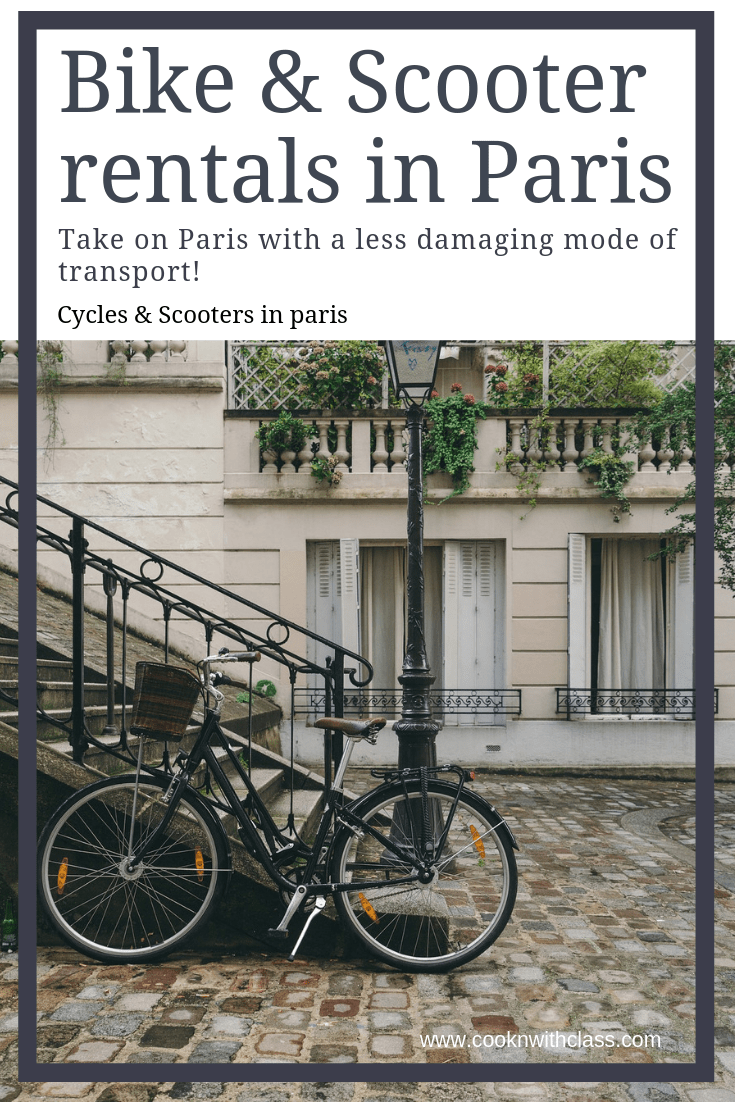 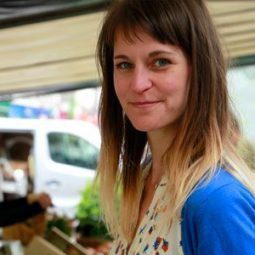 A taste for French wines – Enjoying the harvest season in France

Finding the Hidden Gardens of Paris