– Congratulations on your new restaurant! What made this the right moment to leave Pirouette and open Tomy & Co?

After 4 years at Pirouette, it was time for me to move on to a new challenge. 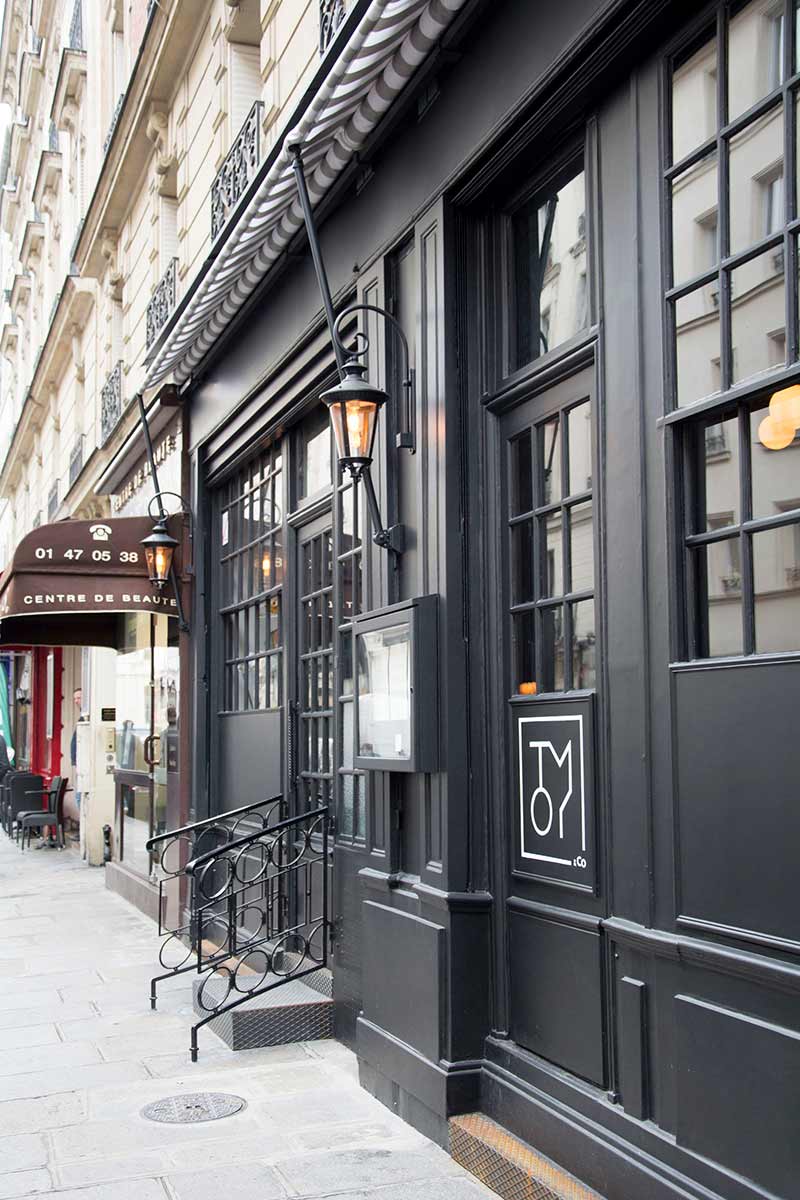 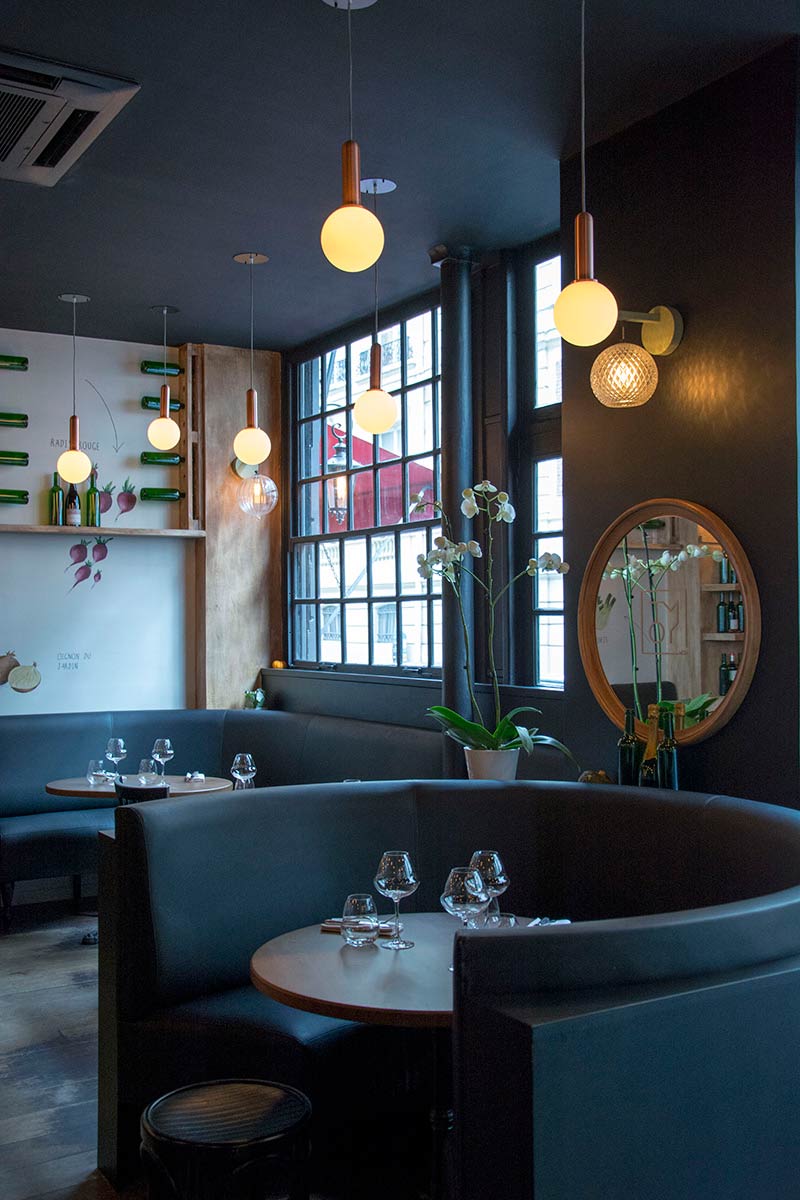 – Describe for us the concept behind Tomy & Co.

Tomy and Co is not a bistro nor a fine dining establishment – it’s just a restaurant created to reflect the image of Tomy – relaxed, cool but focused and the plating.

The drawings on the wall are like his tattoos … it’s decorative and depicts the foods of our garden. – says Constance. 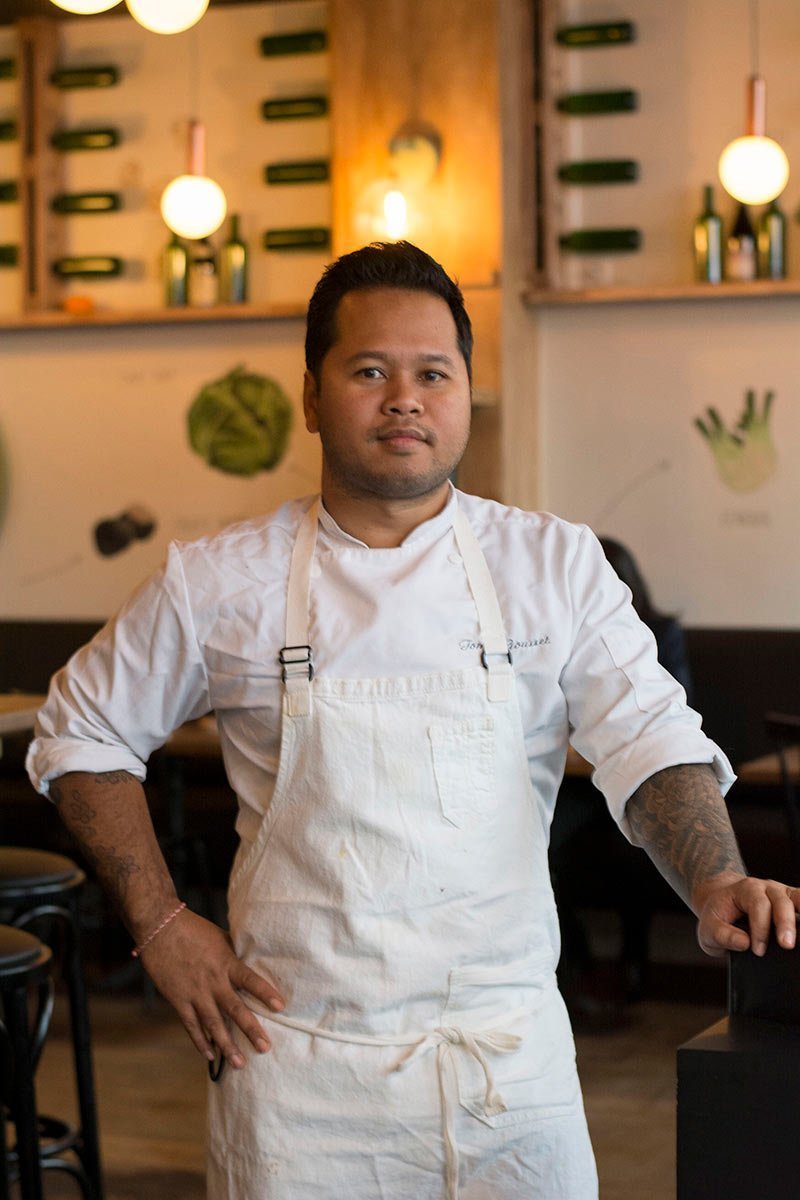 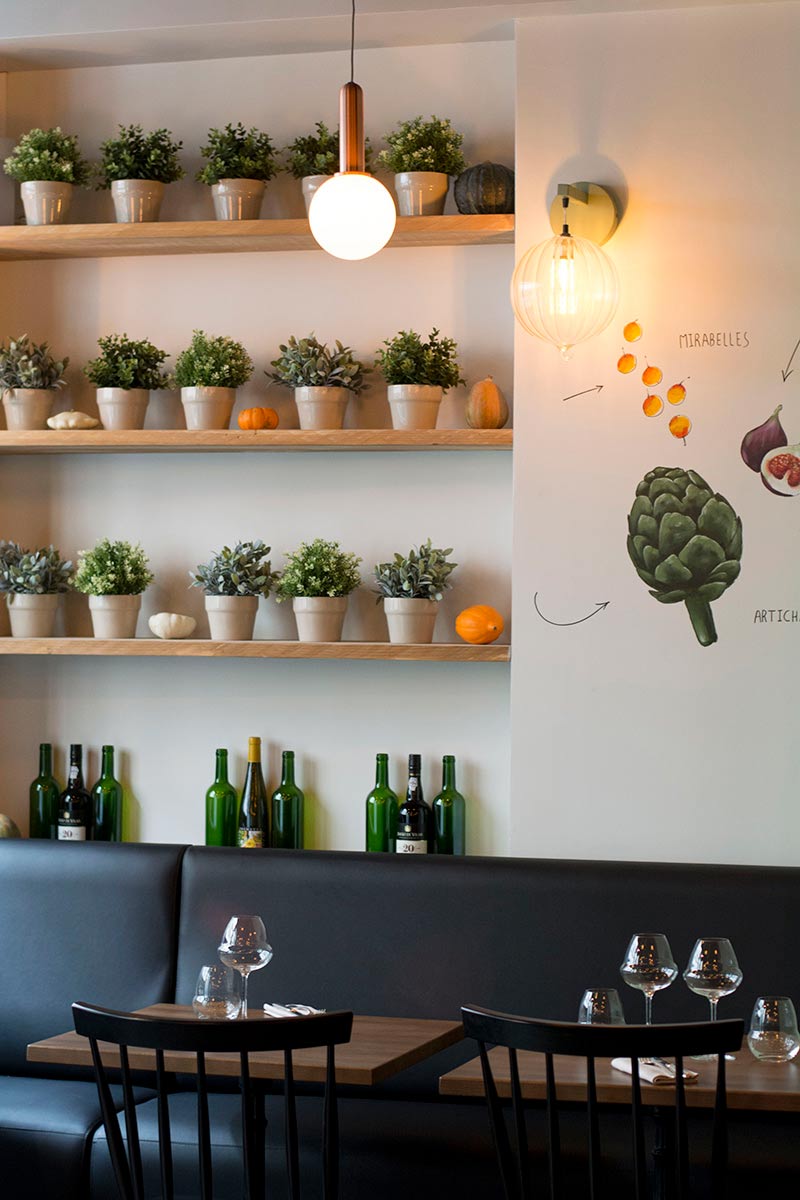 – Is there any particular reason you chose the 7e arrondissement, rue Surcouf?

We didn’t specifically seek out this district in the beginning but once we visited this place it was clear that it was the place we had to be in right at first sight. 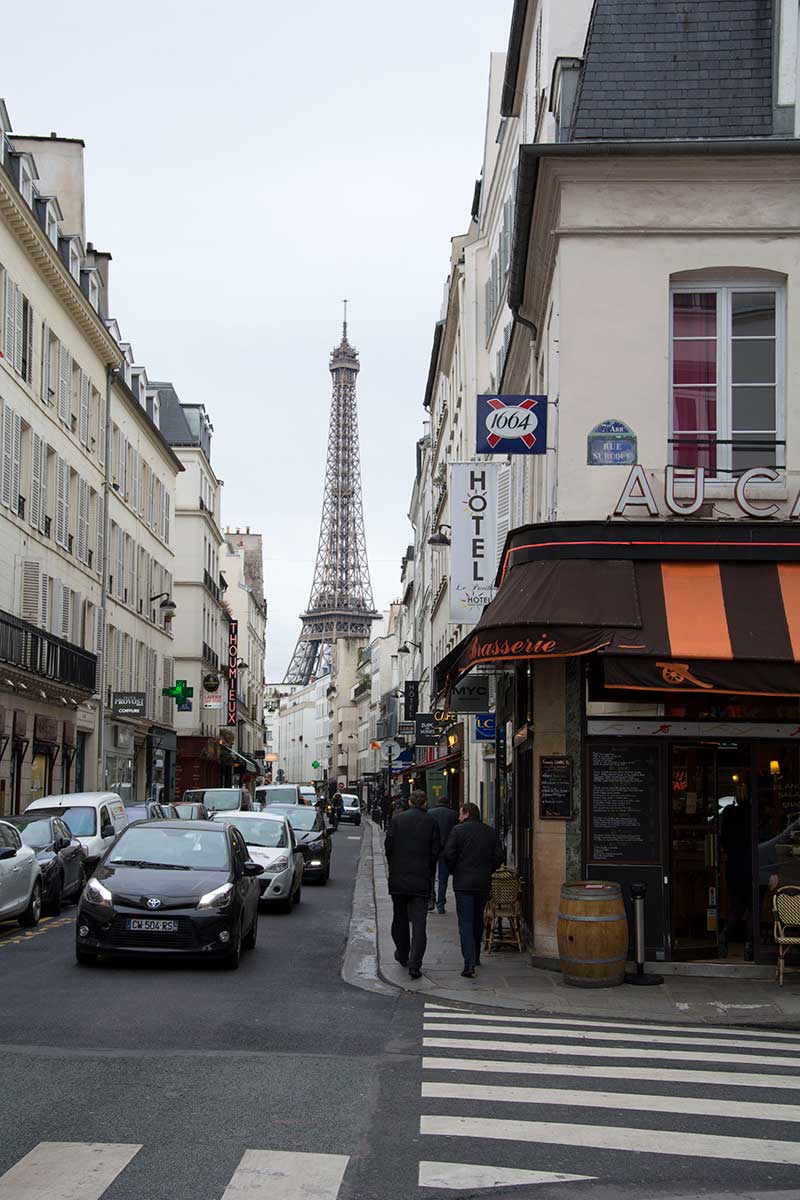 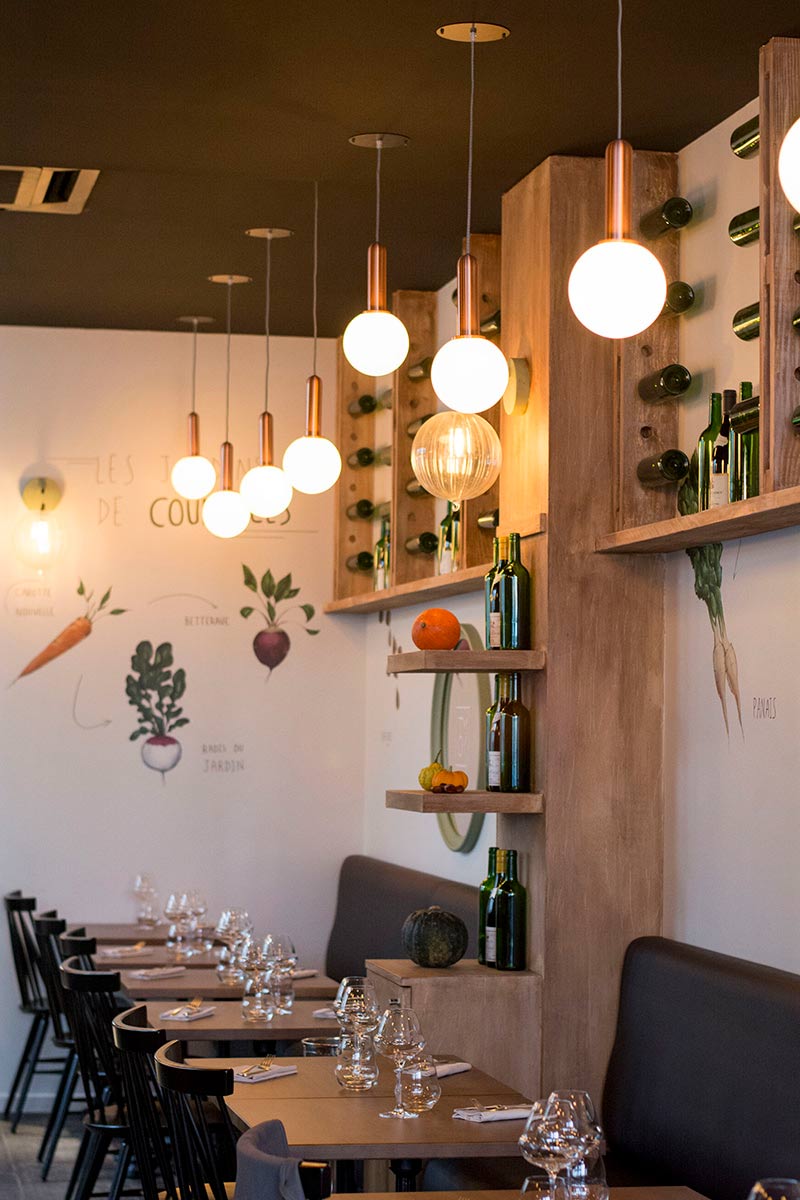 – How would you describe the atmosphere & cuisine of Tomy & Co?

We wanted the restaurant to be as relaxing a place as you would find in Brooklyn, New York. Simple and cool we’d like to think that in our restaurant the elderly woman from the 7th [arrondissement] will feel as good as a hipster or a business man… 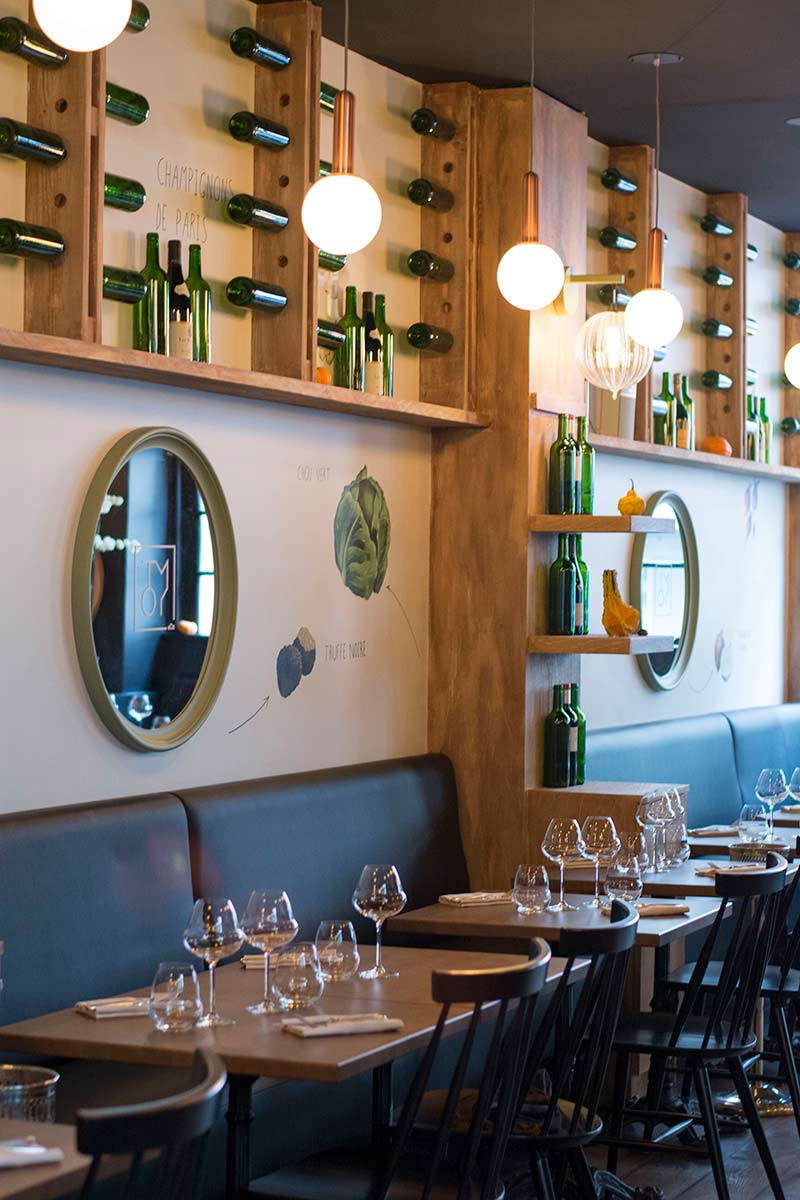 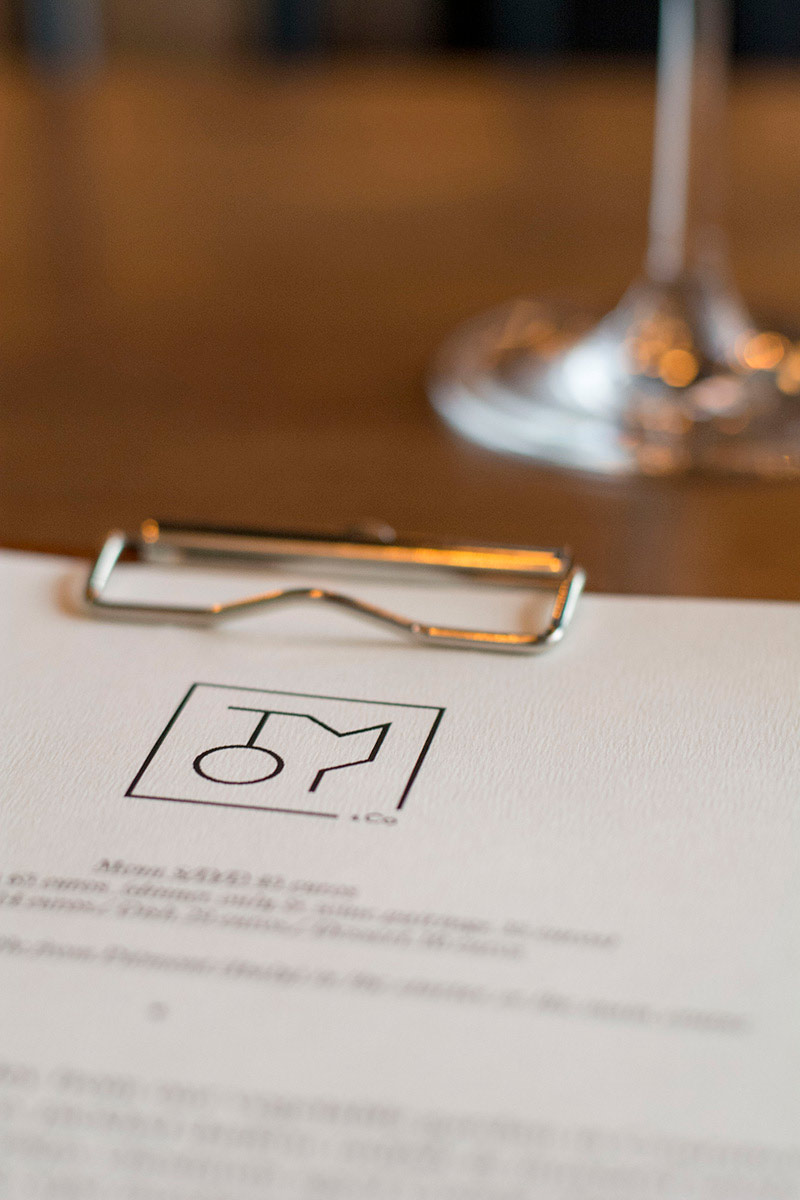 – What makes this different from what you gave us at Pirouette?

It’s similar but now we’re working for ourselves.

The Ossau Iraty is and always will be on the menu.

This is a dish that Tomy learned at Taillevent and adapted to his style so that it looks the way it does now. 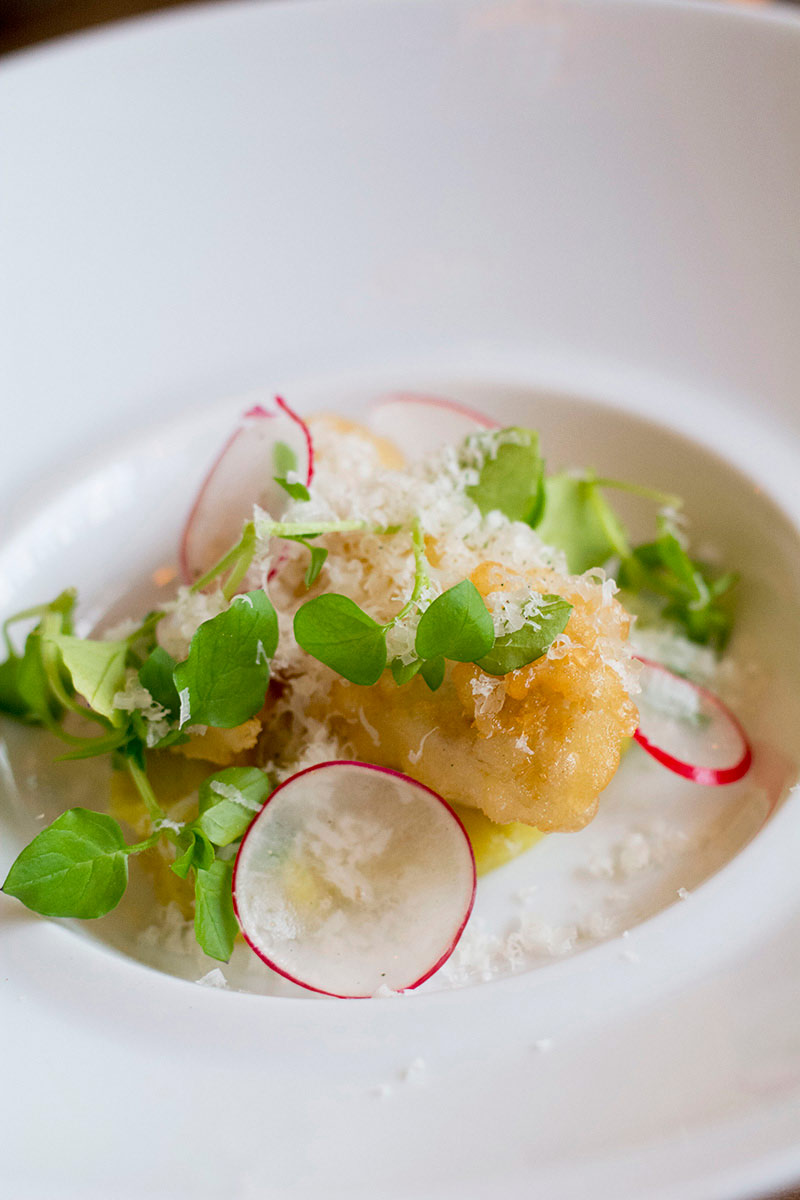 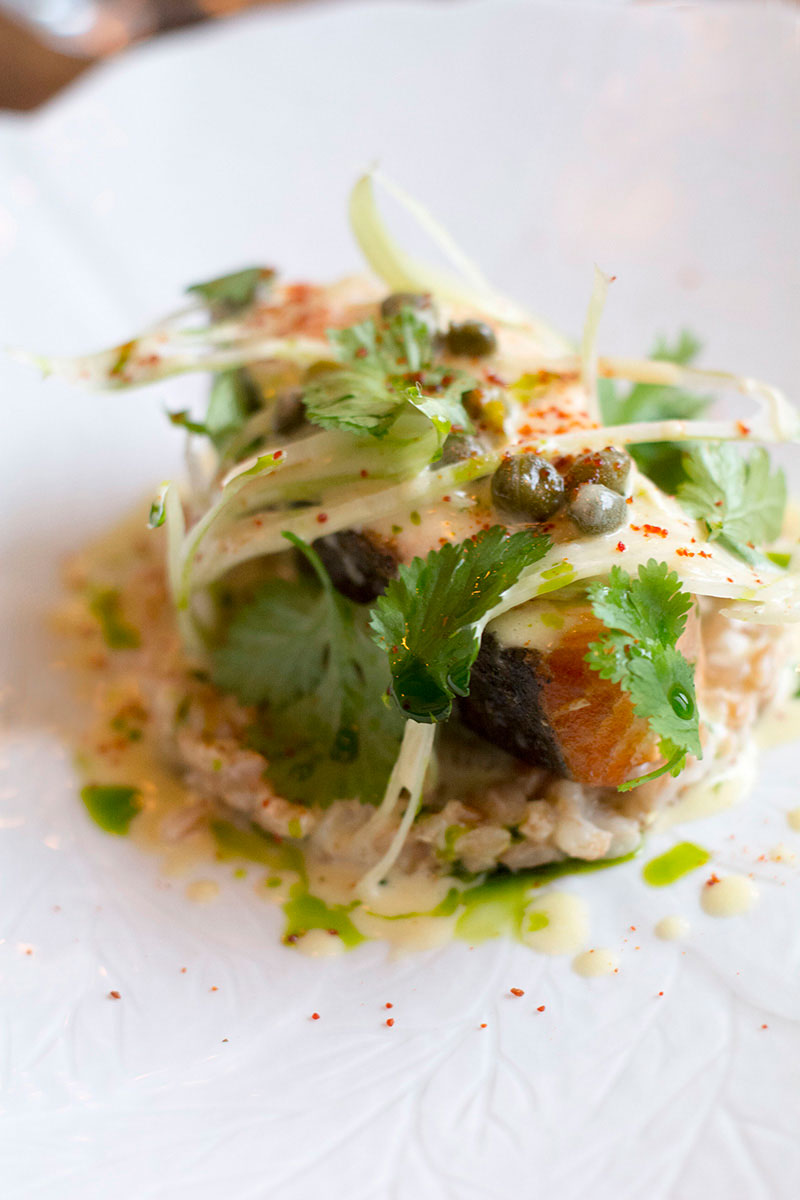 – Constance, how would you describe Tomy’s cuisine?

Timeless, generous, simple but technical. A paradox like finding Tomy in the 7th!

– Tomy, we know that the important part of the Tomy & Co team is your wife Constance (a former chef-instructor at Cook’n with Class for many years). Constance, how big is your role in the restaurant? Can we see your touches in the menu for example?

I am there 2 times a week mostly at lunchtime at the front of the house this time.

I am doing the Carte des thés (tea menu), for the restaurant. Other than that I share recipes, particularly pastries and we talk together about the new menu every month before it changes to choose the products of the seasons and find a good mix. 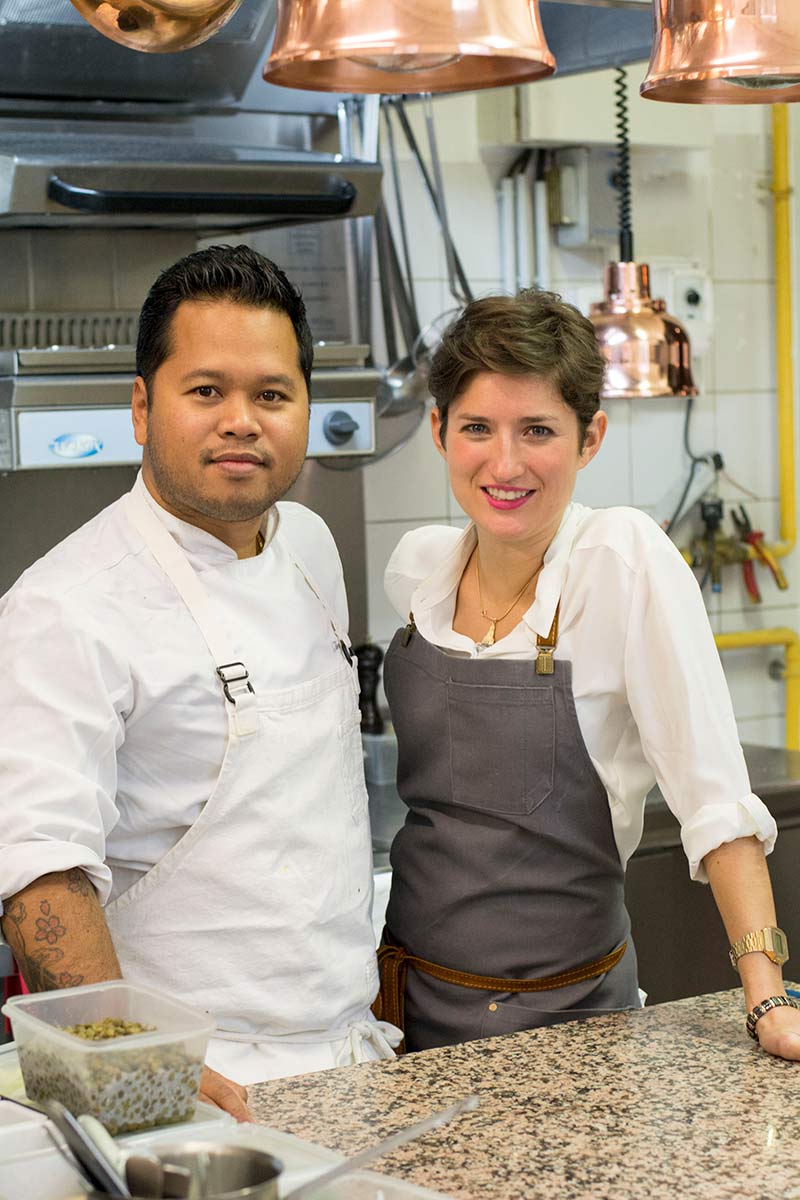 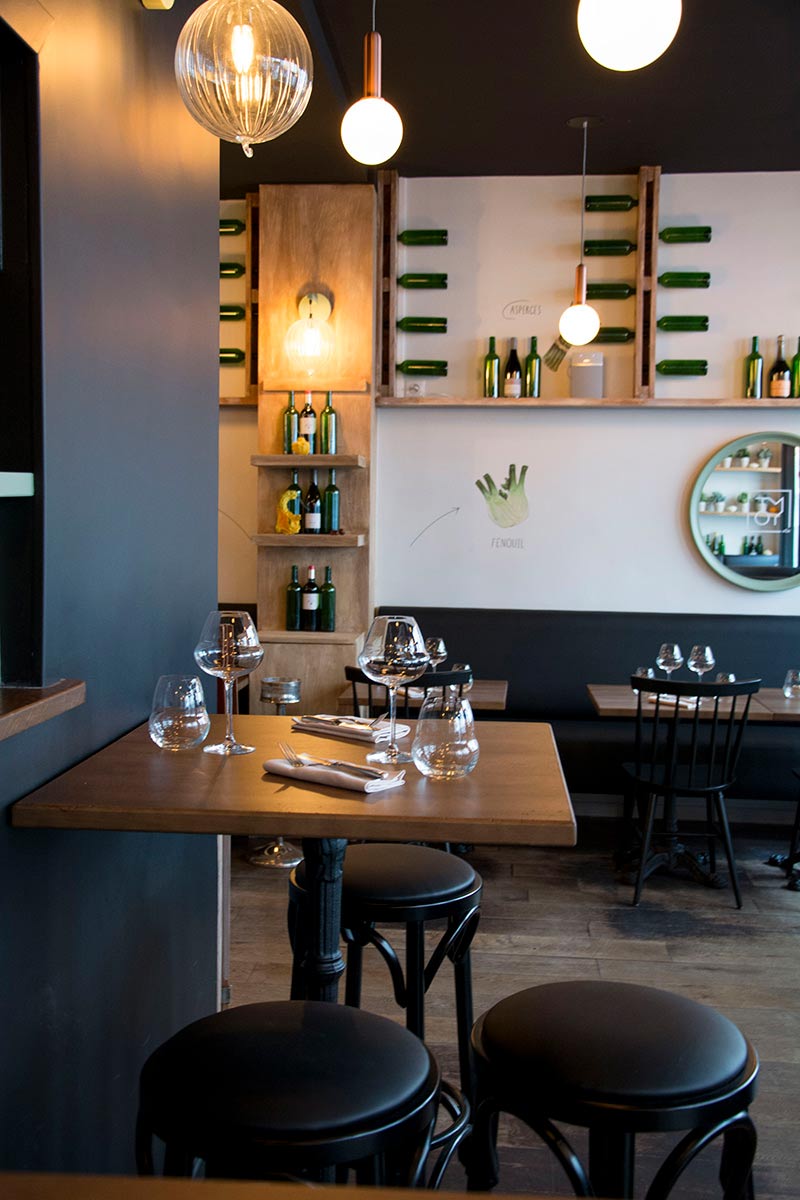 A challenge! No, it’s good to share what made us meet each other. Food!

– People often wonder how to separate your personal life from business. Food is clearly a big part of your lives but do you find it easy enough to leave work at work?

Yes, on our days off we spend time with our son and this is our priority.

– Who cooks more at home?

We don’t cook at home! 🙂 – Constance jokes. [I guess with all that cooking all day at work, you could see how that could be possible. Leftovers anyone?]

– Tomy, what is your favorite dish made by Constance?

Her Belgium waffles are to die for

– Is your son, Hugo a frequent guest at the restaurant? We know he loves spending time in the kitchen as well!

He often comes after day-care to have dinner with the staff. He loves wearing his apron and pretending he is the chef.

The couple has since had a second child – another member of the family who is a budding food lover. In 2018, Tomy opened his second restaurant this time in the 5th arrondissement, Hugo & Co. In January 2019, Tomy & Co received the very well deserved Michelin star. Congratulations to Tomy, Constance, and the team!

So now it’s your turn to visit Tomy & Co! How to find them?

Paulina Chudzik, a food-photo-travel addict, originally from Poland shares her love of life in the south of France. Previously working in employer branding and human resources, Paulina provided a supporting role in marketing for Cook’n with Class Paris and Cook’n with Class Uzès as an intern in 2016. Always with her camera /always with some new trips on her mind. You can continue following her adventures and her photography on her blog Paulina From Poland.

10 Ice-cream shops in Paris you just have to try