I had been dreaming about introducing a new class to our existing roster for some time now. As you can imagine as a Chef and owner of a French cooking School in Paris and Uzès, I have my plate full literally & figuratively, but my head still dreams of new ventures – my wife says its because I get bored so easily. My background in more classical French cuisine also meant that this class would be near and dear to me.  That and a love for French sauces. And so The Mother of all Sauces came to be. 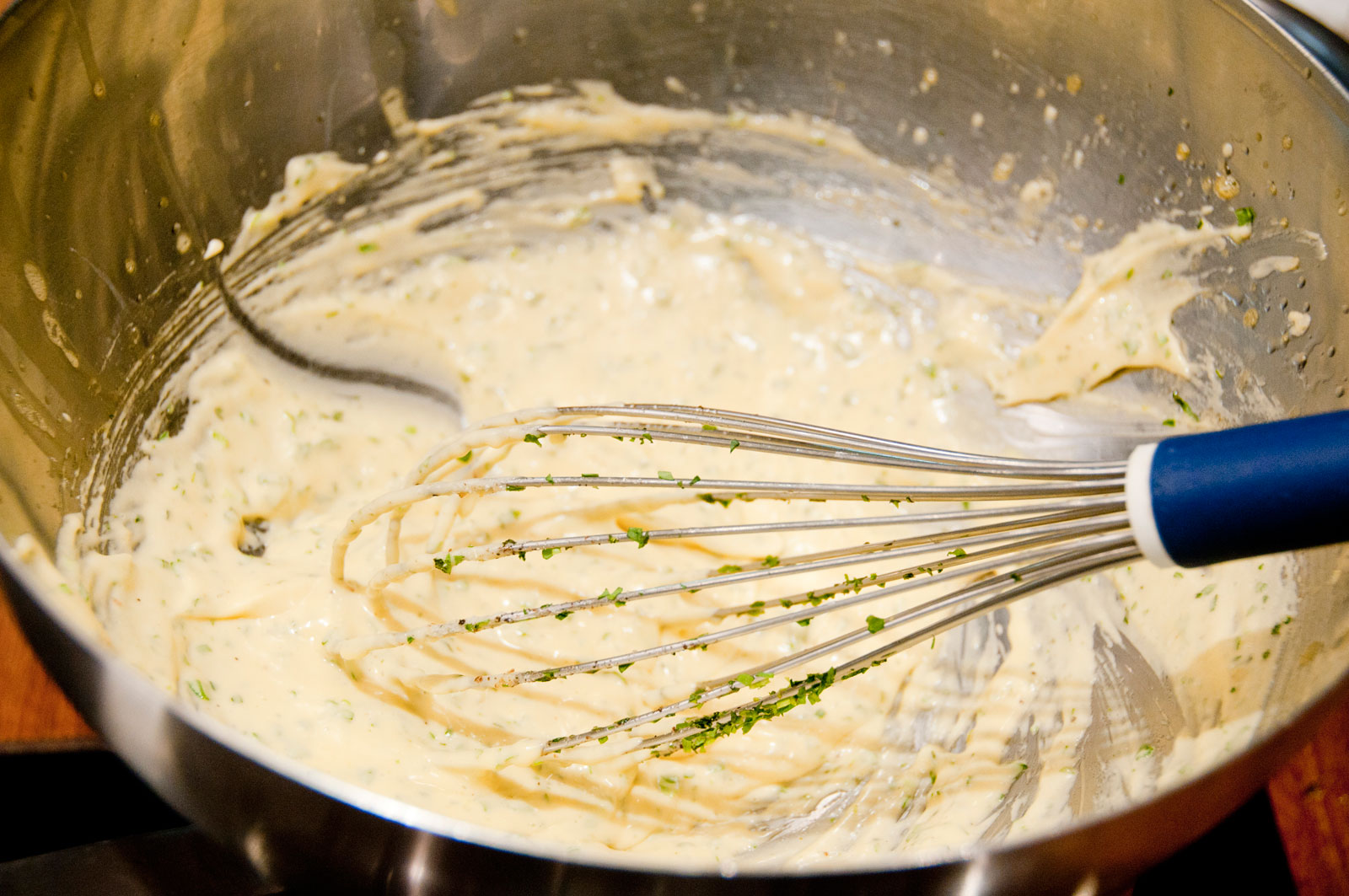 You would find with great difficulty a traditional French recipe without sauce – and sometimes lots of it. Rich, creamy, delicious and quintessentially French. Head to Paul Bocuse’s Michelin starred restaurant in Lyon and you will know just what I am talking about.

So where has the sauce gone, you may wonder? Young chefs are telling us old guys that the sauce is out. Lately, the traditional sauces have disappeared from most Michelin restaurant menus, they prefer to use more jus or reductions to serve with meat and fish, it is lighter and healthier –  probably, but certainly not better than a thick green peppercorn sauce served with a steak and fresh home-made fries. Is your mouth watering yet? 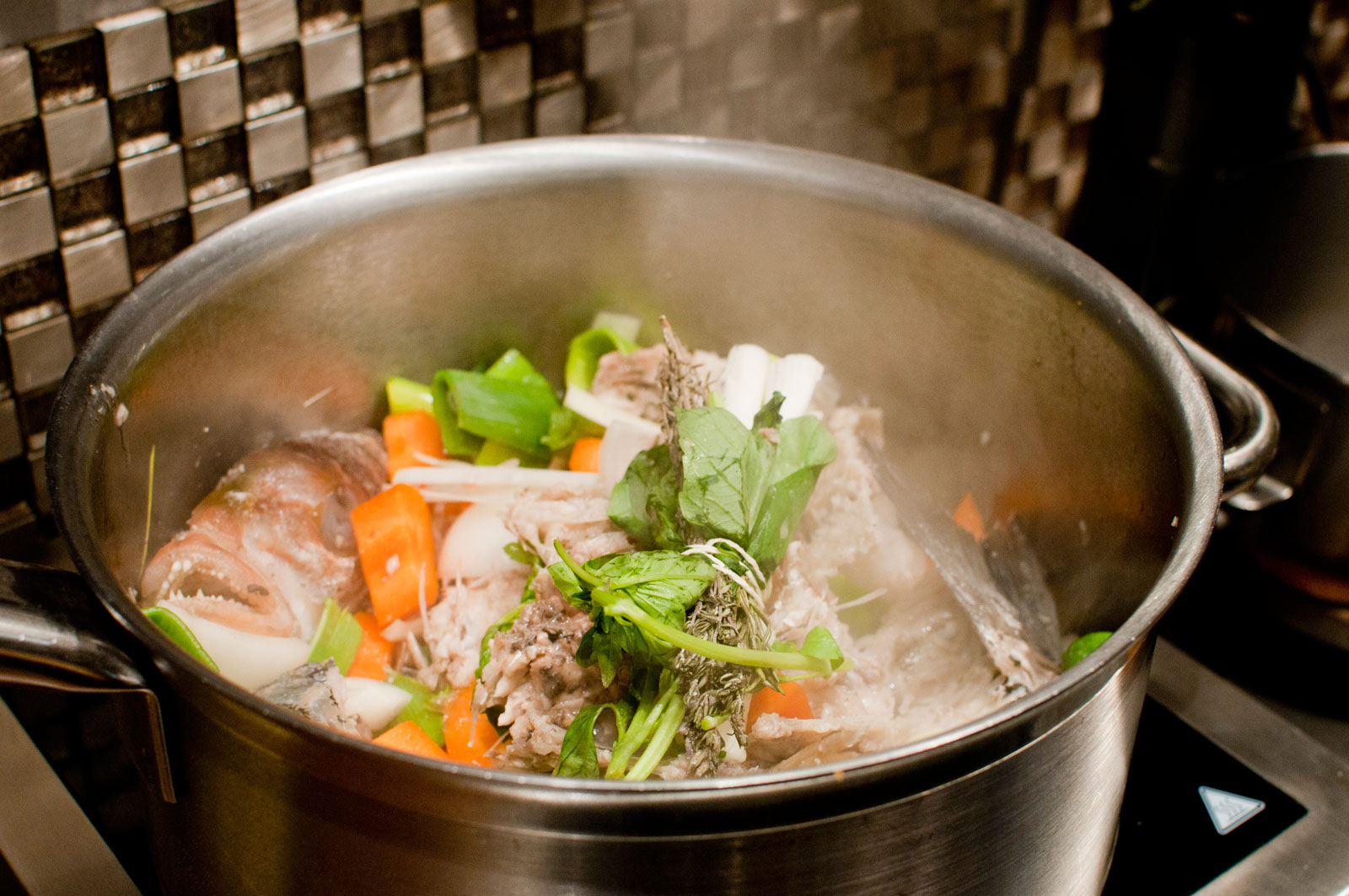 When I arrived at the Ritz Carlton in Montreal in 1989, the hotel was managed like a French hotel in the 1920’s, 80 cooks in the kitchen and a Saucier station . . . I was the saucier. I had 4 cooks by my side . . . We had to make 16 differences sauces before every service, 3 soups on top of being ready for any crazy order a customers could ask for. We had a Dover sole menu with 20 ways to serve the sole . . . Nuts . . . I can’t remember all of them, but one remains engraved in my mind: Sole Veronique. Who was Veronique? Who knows but that’s what they called it. It was served with white grapes, white wine sole mix with a hollandaise sauce and the people loved it!

The craziest recipe was the Chicken a la RITZ . . . yep . . . chicken with a brown sauce like gravy, mixed with Sauce Espagnol (very dense veal sauce, a creamy sauce like véloute, and then topped with a browned hollandaise sauce . . . 50000 calories probably . . . It was the best-seller on the menu . . . served with wild rice and no vegetables. Of course when I came back to Montreal after some time in Mexico and the USA, all that had disappeared . . . I still have the menu somewhere in my garage . . .  I think I will frame it one day. 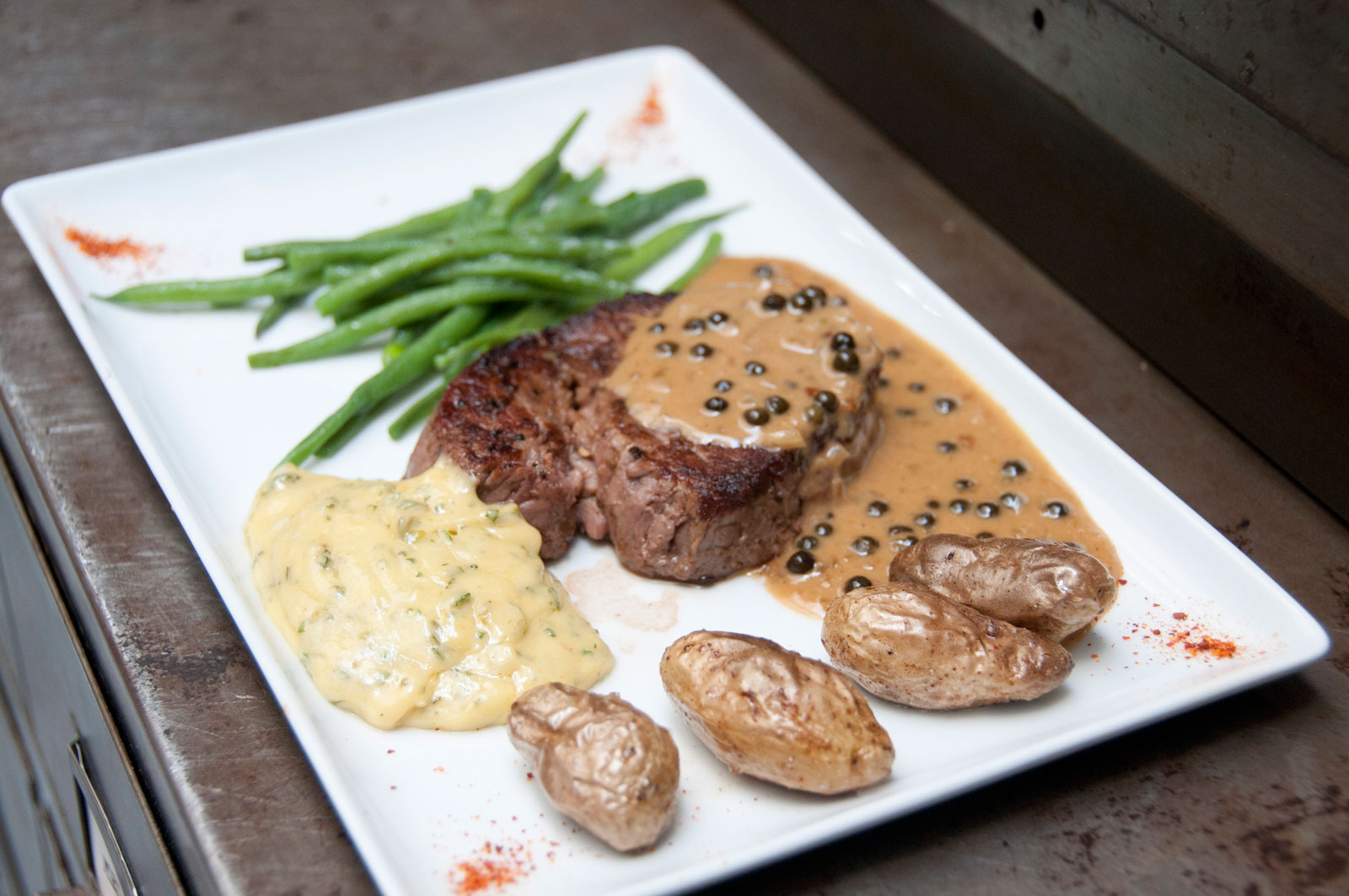 Are our sauce days gone for good? Regardless of whether new chefs toss it out the window or not once they become the next big thing, the sauce-making is a must-know technique for any chef-to-be. One of the first classes we do in a professional cooking school is the base of all sauces, STOCKS . . . There are several ways of making stocks, it all depend what you want to do with it later. So thought goes into this preparation – you don’t just wake up and make stock with no end-use in mind – well most people probably don’t. But if you know how to make a white and a brown stock . .  you are ready to go on to making great meals, with all the variation you could imagine and more.

I predict that French sauces will make its way back to our menus whether out of nostalgia or just because there’s nothing better than cleaning off your saucy plate with a nice thick piece of bread. 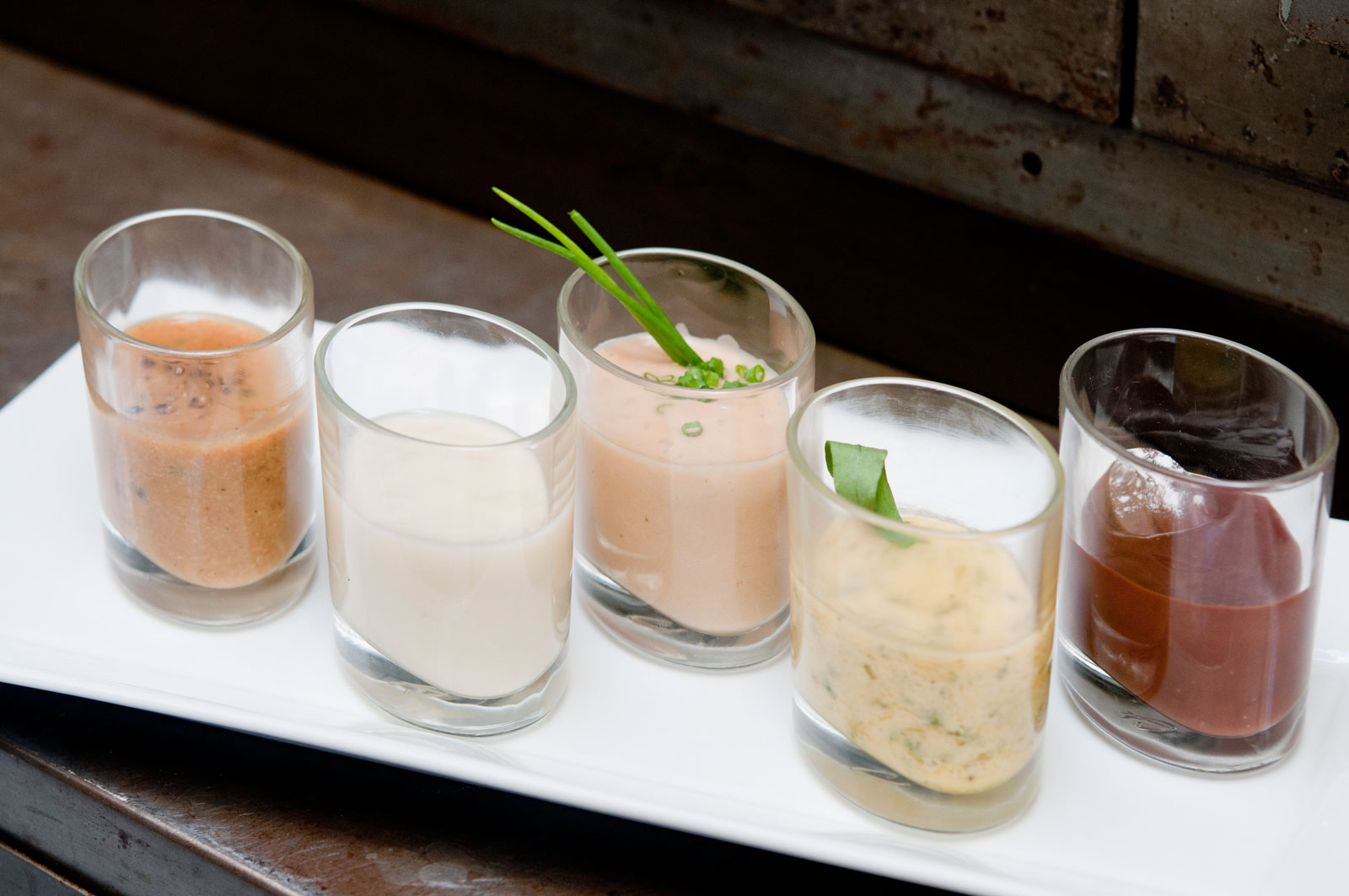 Learn more about our Mother of All Sauces class – a must-do class for anyone who wants learn the fundamentals of French cuisine.

In this class the French sauces are the stars. We will prepare simple meat, fish and vegetable dishes to accompany our sauces. Learn to make a stock – the essential base to any good sauce. We will also teach you how to clarify butter as well as variations of sauces to enlarge your sauce-making library.

Of course as usual, everything will be fresh and in-season, so the accompanying recipes will vary based on what is available.

For timing, some parts of the preparations may be done in advance by your chef. You will receive by email a PDF booklet of recipes including some not covered in class.

As with all our classes, the meal, wine and calories are included at no extra charge.

Book a Mother of all Sauces Class in Paris 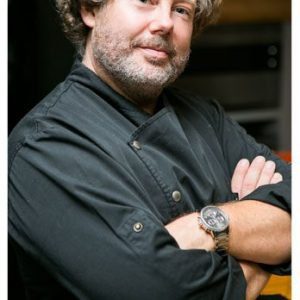 Chef/Creator of Cook'n With Class Paris, Chef Eric Fraudeau has been creating culinary experiences in Paris since 2007. His years of working, living, and traveling in France, Alcapulco & Cabo San Lucas, Mexico, Montréal, Canada & the USA, included working in the kitchens of Alain Ducasse & Joel Robuchon. He shares his culinary expertise from a career spanning over 4 decades with humor and insight.

How to Create the Perfect Cheese Board

Thank you from Chef Eric Fraudeau – Cook’n With Class

Don’t call me a chicken! Knowing your French Poulets