Looking for things to do in Paris? Not all of Paris’s must-see monuments are within its 20 arrondissements. Sometimes you have to head outside of the city to the surrounding suburbs and towns to behold some of the greatest gifts to French history. Let’s go beyond the Champs Elysées and the Eiffel Tower. And no, not just Versailles. If you are true francophile and are as intrigued by history as we are, we have a lovely visit we think you should consider. We are heading out to the Saint Denis basilica to the final resting place of the kings and queens of France – La Basilique Cathédrale de Saint-Denis. 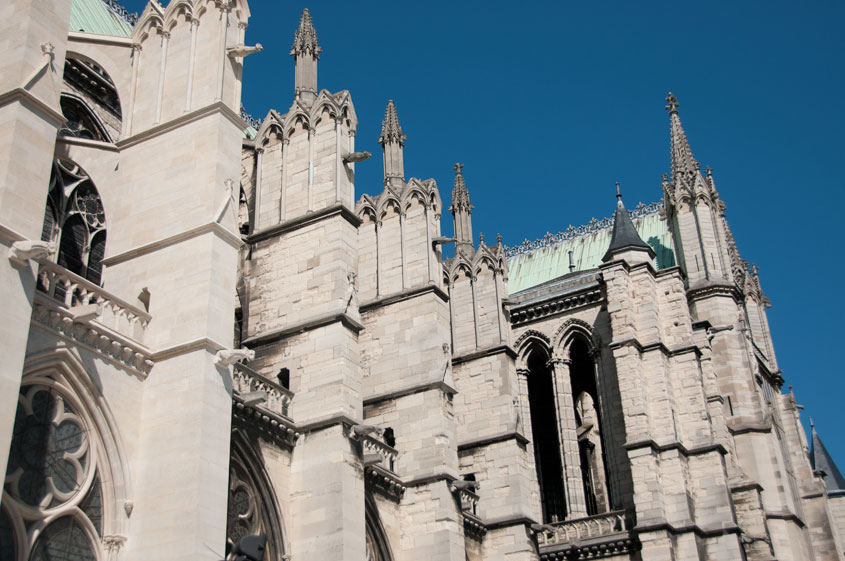 The beautiful Saint Denis Basilica gets its name from the Gallo-Roman cemetery upon which it was built and which holds the tomb of Saint Denis. Saint Denis was allegedly the first Bishop of Paris and is the Patron saint of France. Perhaps you have heard the legend of France’s patron saint. Saint Denis (pre-sainthood), was decapitated by the Romans around year 250 on the hill of Montmartre.  He walked head in hand from the hilltop of Montmartre all the way down to Saint Denis, passing not too far from our school. You will find a statue of the saint in Montmartre post-decapitation. 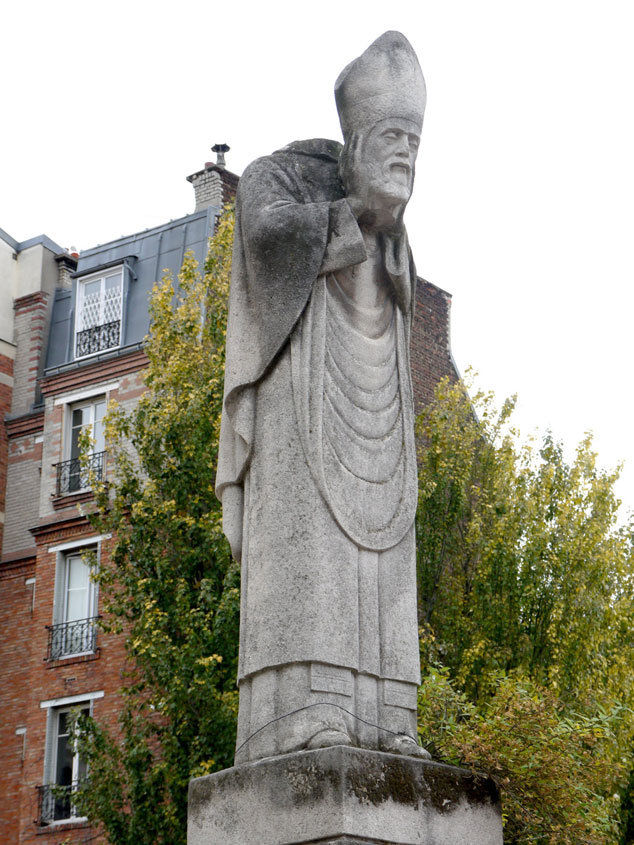 While Sacre Coeur is only a basilica and Notre Dame a Cathedral, Saint Denis is both a cathedral and a basilica.  You may be wondering what the difference is and of course I am going to tell you what I found.

Only the Pope can call any edifice a basilica. A basilica may or may not also be a cathedral. The term basilica is given to a large and important church that has been given special ceremonial rites by the Pope. While a basilica will always be a basilica, a cathedral does not necessarily stay a cathedral forever. 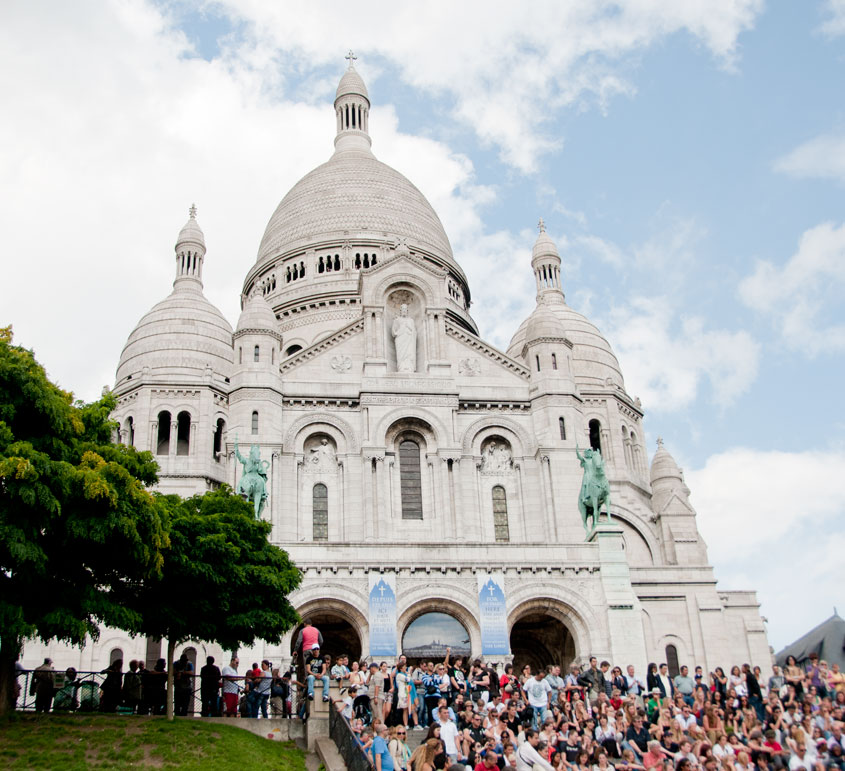 A cathedral is a Christian church which has a bishop at its head. It is the edifice for worship serving as the seat of the bishop and thus the central church in the diocese. This relates to any of the denominations os an episcopal hierarchy, such as Roman Catholic, Orthodox, Anglican and some Lutheran churches. 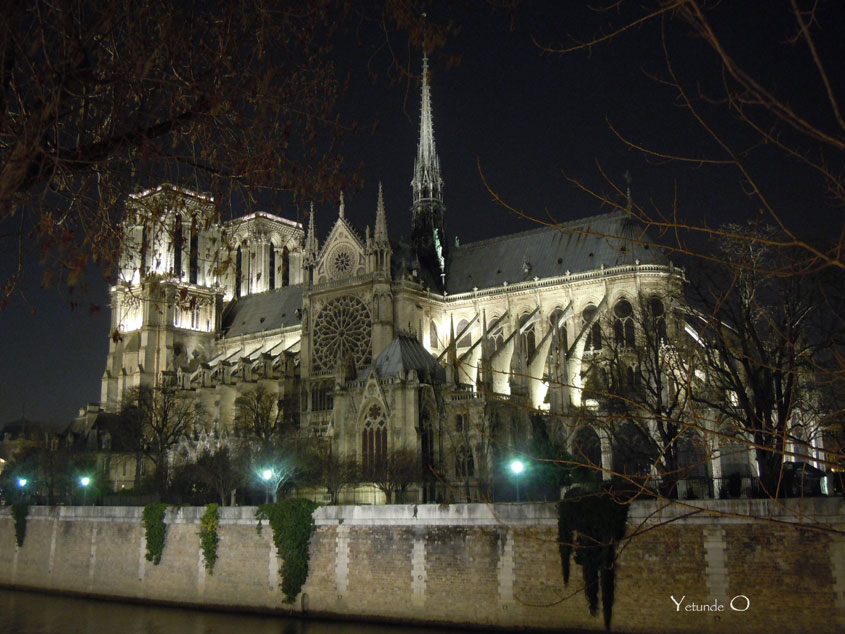 The Kings and Queens of France

For several centuries the Saint Denis Basilica was the burial site of the kings & queens of France who sort the eternal protection of Saint Denis. The church is therefore referred to as the “royal necropolis of France”. Much trouble went into ensuring that almost all the monarchs of France could call this their final resting place. Only three of the monarchs of France from the 10th century until 18th century were not put to rest here. Who were they? King Louis I, King Louis II & King Louis XI. The remaining kings who were not originally buried at the site, such as Clovis I would have their remains exhumed and moved to the Saint Denis basilica. 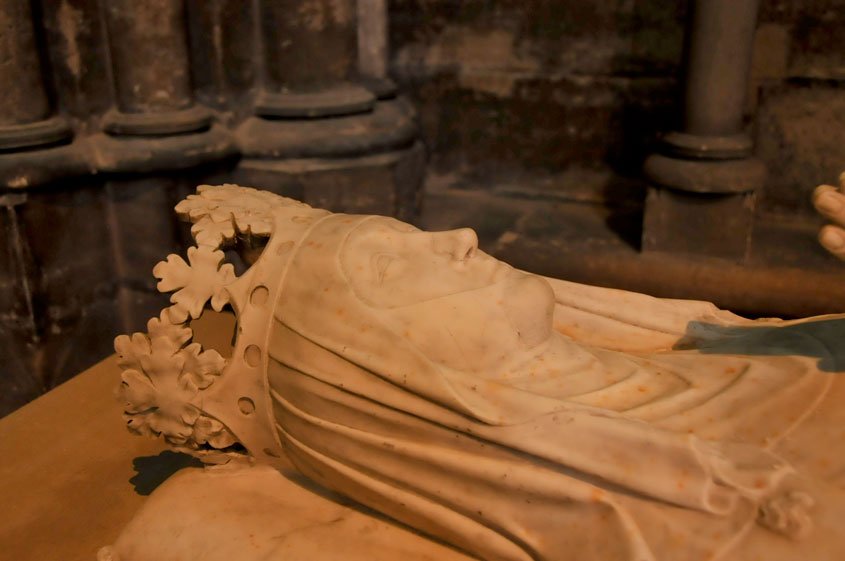 A great symbol of the French monarchy the Saint Denis basilica became an obvious target during the French Revolution of 1789. Sculptures were destroyed and tombs were opened by workers under orders from revolutionary officials and only the original church was allowed to remain. The bodies of the monarch and their families were removed and dumped in two large pits nearby. In the mid 19th century architect Viollet-le-Duc worked on the restauration of this monument and returned to its original glory.

The “Resurrection” of Kings & Queens

In 1806 Napoleon Bonaparte decided to reopen the Saint Denis Basilica, but alas the royal remains were still in their mass graves. In most cases it was impossible to sort out who was who.  After his (first) exile, the Bourbons who had returned to power in 1815 ordered a search for the bodies of Louis XVI and Marie Antoinette. You may remember that they had been executed during the revolution. King Louis XVIII had the bodies of his brother and sister-in-law exhumed and brought to St.Denis where they now reside in the crypt. How did they know it was them? Apparently by Marie Antoinette’s garter and her jaw that someone swore they recognized based on having seen her smile 30 years earlier. 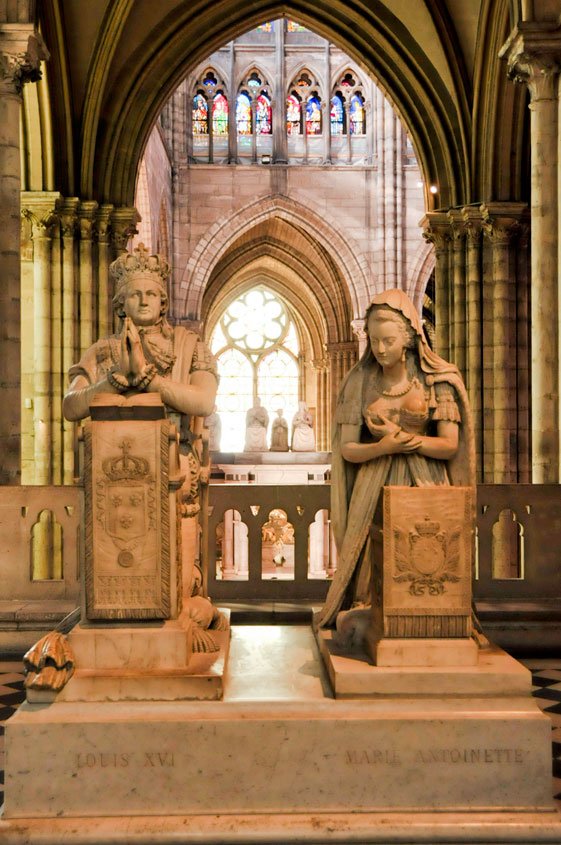 During his reign, Louis XVIII continued searching through the mass graves in hopes of finding the bodies of loved ones and predecessors. It was impossible to identify the corpses. The collection of remains were placed in an ossuary in the crypt. You will find a plaque with the name of each monarch. As a result of this “treasure hunt”, that was sometimes less than fruitful, whatever they could find was reburied. You will find strange signs in the church (in french) which read “with the heart of.. or the finger of..” Hey you have to take what you can get.

And Beauty Reigns On

Much of the Abbey’s beauty comes from the statesman Suger, Abbot of Saint-Denis. Suger who was an influential political figure transformed the Abbey into a masterpiece of early Gothic Art.

His reconstruction and use of new architectural techniques resulted in the beautiful Rose-tinted windows and cross-ribbed vault which bathe the building in light.

This beautiful construction was one of the first major structures built in the Gothic style.

The Saint-Denis Basilica is definitely worth a visit. It is a fascinating edifice and a wonderful glimpse into the historic past of France. Be sure to put it on your bucket list next time you visit Paris.

Cost: 9.50€ adults; Reduced rate: 7.50€
Free under 18 (with family and excluding school groups) – 18-25 (citizens of the 27 countries of the European Union and non-European residents regularly resident in France) – Disabled people and their attendants – Jobseekers, on presentation of a jobseeker’s certificate dated within the last 6 months. ICOM Cardholder.

The visit takes on average: 1 hour 15 mins for guided and audio-guide tours. You can plan your visit and book online via their site, here.

For more adventures in Paris, join us for a French Cooking Class in Paris. 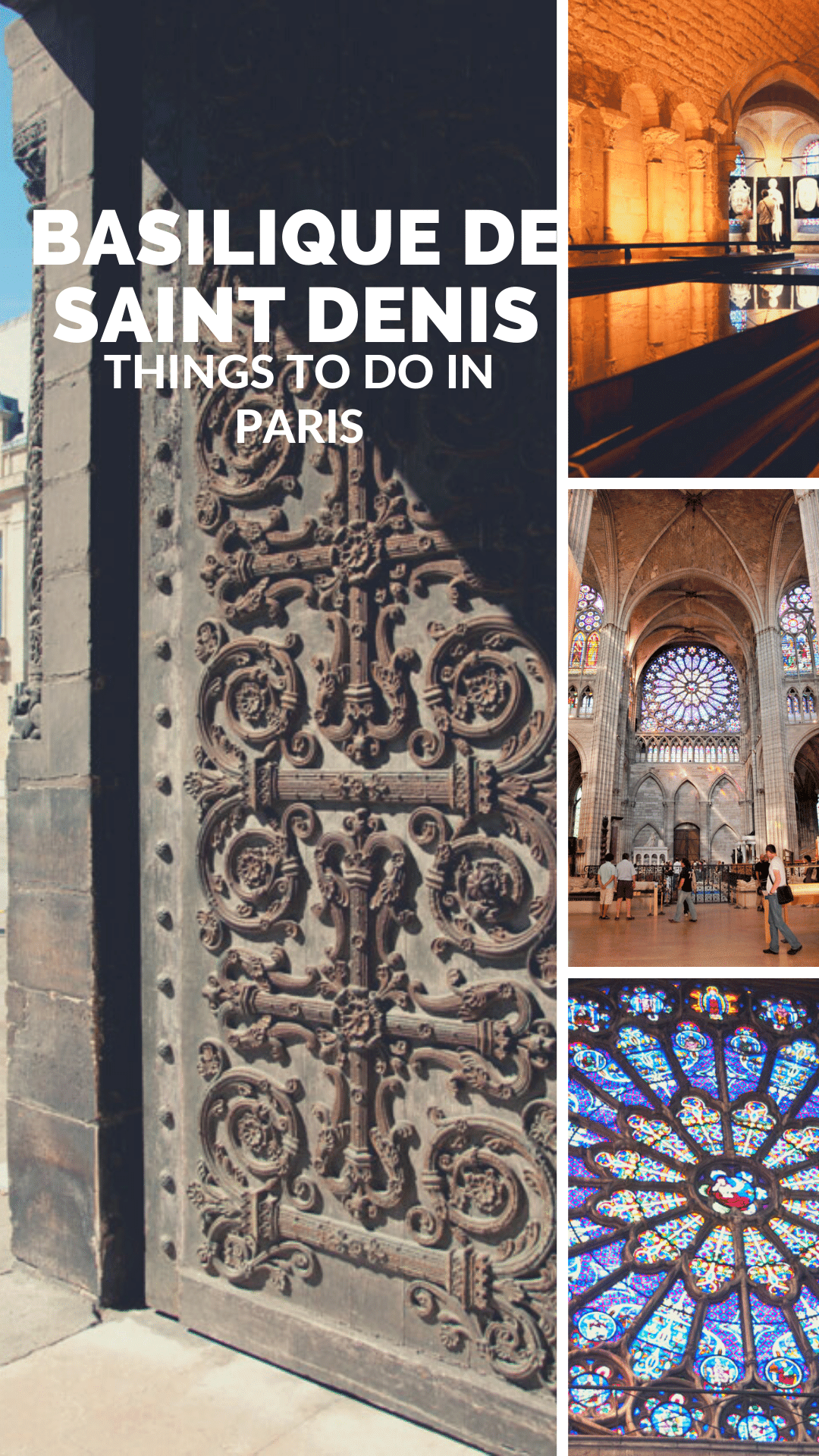 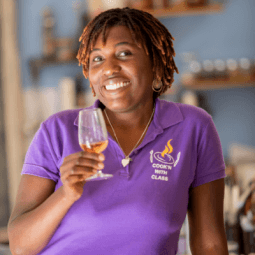